Learn the key considerations for evaluating and selecting the right application for your Cloud-environment. 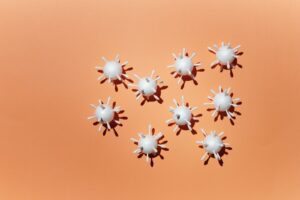 Good software means faster work for drug research and development, particularly concerning proteins. Proteins serve as the basis for many treatments, and learning more about their structures can accelerate the development of new treatments and medications.

Learn the differences between the two programs, including insights into how RCH is supporting and informing our customers about the strategic benefits the AlphaFold and Openfold applications can offer based on their environment, priorities and objectives.

Developed by DeepMind and EMBL’s European Bioinformatics Institute, AlphaFold2 uses AI technology to predict a protein’s 3D structure based on its amino acid sequence. Its structure database is hosted on Google Cloud Storage and is free to access and use.

The newer model, AlphaFold 2, won the CASP competition in November 2020, having achieved more accurate results than any other entry. AlphaFold2 scored above 90 for more than two-thirds of the proteins in CASP’s global distance test, which measures whether the computational-predicted structure mirrors the lab-determined structure.

To date, there are more than 200 million known proteins, each one with a unique 3D shape. AlphaFold2 aims to simplify the once-time-consuming and expensive process of modeling these proteins. Its speed and accuracy are accelerating research and development in nearly every area of biology. By doing so, scientists will be better able to tackle diseases, discover new medicines and cures, and understand more about life itself.

Another player in the protein software space, Openfold, is PyTorch’s reproduction of Deepmind’s AlphaFold. Founded by three Seattle biotech companies (Cyrus Biotechnology, Outpace Bio, and Arzeda), the team aims to support open-source development in the protein folding software space, which is registered on AWS. The project is part of the nonprofit organization Open Molecular Software Foundation and has received support from the AWS Open Data Sponsorship Program.

Despite being more of a newcomer to the scene, Openfold is quickly turning heads with its open source model and more “completeness” compared to AlphaFold. In fact, it has been billed as a faster and more powerful version than its predecessor.

Like AlphaFold, Openfold is designed to streamline the process of discovering how proteins fold in and around on themselves, but possibly at a higher rate and more comprehensively than its predecessor. The model has undergone more than 100,000 hours of training on NVIDIA A100 Tensor Core GPUs, with the first 3,000 hours boasting 90%+ final accuracy.

AlphaFold vs. Openfold: Our Perspective

Despite Openfold being a reproduction of AlphaFold, there are several key differences between the two.

AlphaFold2 and Openfold boast similar accuracy ratings, but Openfold may have a slight advantage. Openfold’s interface is also about twice as fast as that of AlphaFold when modeling short proteins. For long protein strands, the speed advantage is minimal.

Openfold’s optimized memory usage allows it to handle much longer protein sequences—up to 4,600 residues on a single 40GB A100.

One of the clearest differences between AlphaFold2 and Openfold is that Openfold is trainable. This makes it valuable for our customers in niche or specialized research, a capability that AlphaFold lacks.

Key Use Cases from Our Customers 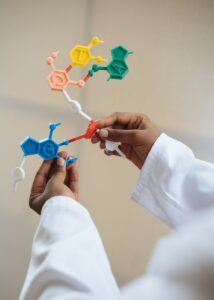 Both AlphaFold and Openfold have offered  game-changing functionality for our customers’ drug research and development. That’s why many of the organization’s we’ve supported haveeven considered a hybrid approach rather than making an either/or decision.

Both protein folding software can be deployed across a variety of use cases, including:

The speed and accuracy with which protein folding software can model protein strands make it a powerful tool in new drug development, particularly for diseases that have largely been neglected. These illnesses often disproportionately affect individuals in developing countries. Examples include parasitic diseases, such as Chagas disease or leishmaniasis.

As the usage of antibiotics continues to rise, so does the risk of individuals developing antibiotic resistance. Previous data from the CDC shows that nearly one in three prescriptions for antibiotics is unnecessary. It’s estimated that antibiotic resistance costs the U.S. economy nearly $55 billion every year in healthcare and productivity losses.

What’s more, when people become resistant to antibiotics, it leaves the door wide open for the creation of “superbugs.” Since these bugs cannot be killed with typical antibiotics, illnesses can become more severe.

Professionals from the University of Colorado, Boulder, are putting AlphaFold to the test in learning more about proteins involved in antibiotic resistance. The protein folding software is helping researchers identify protein structures that they could confirm via crystallography. 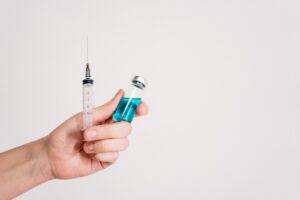 Learning more about protein structures is proving useful in developing new vaccines, such as a multi-agency collaboration on a new malaria vaccine. The WHO endorsed the first malaria vaccine in 2021. However, researchers at the University of Oxford and the National Institute of Allergy and Infectious Diseases are working together to create a more effective version that better prevents transmission.

Using AlphaFold and crystallography, the two agencies identified the first complete structure of the protein Pfs48/45. This breakthrough could pave the way for future vaccine developments.

Genetics has long fascinated scientists and may hold the key to learning more about general health, predisposition to diseases, and other traits. A professor at ETH Zurich is using AlphaFold to learn more about how a person’s health may change over time or what traits they will exhibit based on specific mutations in their DNA.

AlphaFold has proven useful in reviewing proteins in different species over time, though the accuracy diminishes the further back in time the proteins are reviewed. Seeing how proteins evolve over time can help researchers predict how a person’s traits might change in the future.

How RCH Solutions Can Help

Selecting protein folding software for your research facility is easier with a trusted partner like RCH solutions. Not only can we inform the selection process, but we also provide support in implementing new solutions. We’ll work with you to uncover your greatest needs and priorities and align the selection process with your end goals with budget in mind.

Contact us to learn how RCH Solutions can help.

Michael oversees the executive management of RCH, including the company’s overall strategic direction, and brings more than 25 years of experience to his role.

Best Practices Culture
The Journey to 26.2
December 20, 2022 | 4 Min Read
Cloud Computing Compute Environment
AlphaFold 2 vs. Openfold Protein Folding Software
November 15, 2022 | 5 Min Read
Best Practices Compute Environment Instrumentation
Considerations for Adding CryoEM to Your Research Facility
November 04, 2022 | 5 Min Read
We use cookies on our website to give you the most relevant experience by remembering your preferences and repeat visits. By clicking “Accept”, you consent to the use of ALL the cookies.
Do not sell my personal information.
Cookie SettingsAccept
Manage consent